Robert & Rosemary Ritchie had a family of young runners. When it was time for running apparel, they noticed there really wasn’t a place to go. In 1979, Robert started the business out of the basement of the family residence carrying “Frank Shorter Running Apparel”. The Ritchie family quickly became synonymous with cross country and track at Tallmadge High School. Robert opened shop at 48/56 Northeast Avenue, where he remained for 10 years. The move to South Avenue occurred after what had been a bicycle shop went out of business. 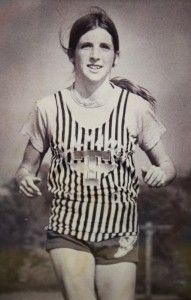 Shawn Ritchie reorganized the business in June 2000 by closing an outlet in Hartville and having his brother Nate head the corporate and team sales out of the Tallmadge store. Joshua along with their sister Rose soon joined the group and helps keep the family tradition alive. The store is dedicated to the Tallmadge community, donating to community organizations and sports teams generously. “At Ritchie’s, we believe in giving back to the community, which is quite simply an element you lose with national chains.

The long anticipated construction project, which doubled the size of the original store, 8050 square feet, was completed in 2007. The new store accommodates a wide variety of school spirit and retail items and shoes, includes custom embroidery, corporate apparel, team sales and trophies. Features of the 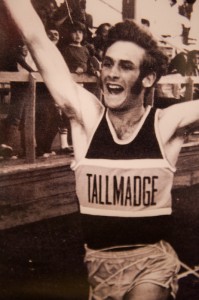 expanded facility include an indoor running track and facsimile football field; sport memorabilia, along with family photos adorn the walls. An on- site screen printing area was also added. The annual tent sale has become a Tallmadge tradition.

It was Robert who printed the words “running Ritchie’s” on the T-shirts of his youngsters who became runners. That tradition is still alive. A free t-shirt is given with every purchase of a pair of shoes.

What We Offer! Price Match: Must show employee lower price on phone or device. Curbside Pick-up: Give us a call once you arrive and we will happily send someone out to your car to hand you your items. Customization: Add name, number, or sport for only $4.00 to most garments. Dismiss